After the success of Voice to Text, Voice Memo and Text Memo, VoNo introduces a new function: Photo Memo. With Photo Memo you can easily take pictures and send them to yourself by mail. Furthermore, VoNo offers speech recognition in multiple languages and that’s why the VoNo app has been downloaded in 100+ countries. Losing great ideas is a thought of the past with VoNo.

Users from all over the world speak highly of the VoNo app. Read a snippet of the reviews below:

★★★★★ "Works like a charm" - Gergely Tóth
''Clever, fast, very (VERY!) handy and works like a charm! What else can a user wish for? I love VONO and their support is also wonderful!"

★★★★★ "Taking notes on the fly" - Harm Linssen
''Exactly what I was looking for! Easy to send myself reminders by email. The speech to text converter works great for Dutch as well." 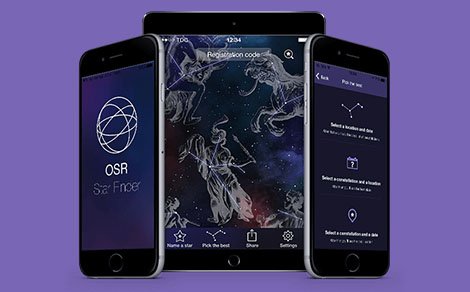 Spot your own star with Online Star Register app