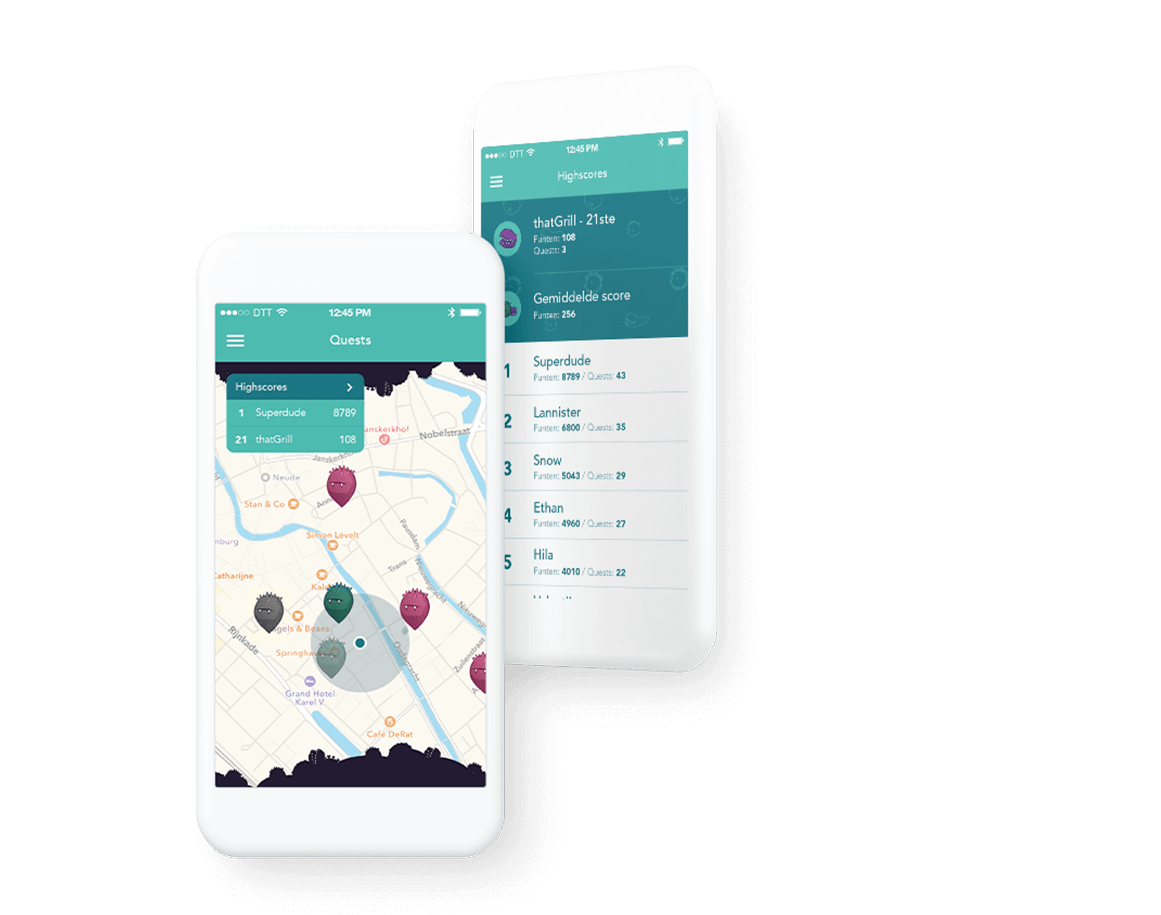 The Hoes geoquest GPS application is launched during the UIT-week (Utrecht Introduction Time). The UIT-week is organized by city authorities as an introduction for all new students who want to study in Utrecht. The Hoes quest mapping concept was created by the four students from the Utrecht Highschool. The campaign was initiated by City of Utrecht (Department of Health) and contributes to the overarching theme of "keep healthy (live)". The smartphone game and the story within show how an HBO / university student can be sexually healthy and makes you think about the subject of safe sex. The aim of the game is that the student forms a steady opinion for himself. Through storytelling, the student is guided by the app and the city of Utrecht, looking for quests at various locations.

The game consists of a number of quests. A quest can be opened when the user is at a maximum radius of 50 meters from the quest. In short, with a built-in GPS function the user engages into a treasure hunt in the city. With each quest, students can earn points, for example, for playing a game, answering educational quiz or watching a video. The users who get the best result in the quests can win great prizes.

Register to participate in quests and win fun prizes

A new quest begins by scanning the QR code on a condom. The player earns 30 extra points for that!

Where are the quests?

The user will find them on the map

The user fights STDs by answering as many questions as possible.

There are resurfaced STDs, quickly start the quest to fight them!

Will an STD fall from the sky? Here it does! Doctor Hoes fights them.

STDs will confront the user faster and faster. Who will pick them?

After each question, the user is given the correct answer and another piece of additional information.

Users can easily compare their results with other players.

Take a look at some of the success stories of the Hoes geocaching game: